Maintaining a duty of confidentiality is an integral part of any healthcare profession, but what happens when upholding medical confidentiality leads to adverse health outcomes?

Patient Y, a pregnant woman, sought damages when Doctors failed to inform her that her father had been diagnosed with Huntington’s disease – a heritable brain disorder that had been linked to his earlier conviction for killing his wife.

Her father had refused permission to share details of the diagnosis with his daughter, despite knowing she was pregnant, and doctors honoured his request.

However, Patient Y said she would have terminated the pregnancy had she have been aware of the diagnosis – which carried a high chance of being passed onto her and her offspring.

Courts concluded that doctors had breached their duty of care to Patient Y. However, she lost the case because her father’s diagnosis fell within too narrow of a window for her to have legally terminated the pregnancy.

Under different circumstances, Patient Y may have been awarded multi-six-figure damages, to compensate for potential child-raising costs associated with the disease.

Patient Y’s case may be remarkable, but it is not isolated. Wrongful birth damages – claims for costs associated with pregnancy, child-raising or parental suffering as a result of antenatal negligence – are increasingly common. 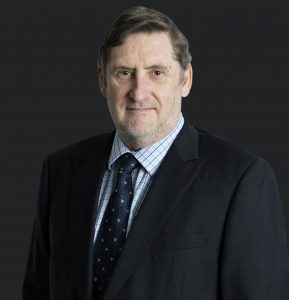 Ahead of the Medico Legal Conference we spoke with Bill Madden – a civil liability litigator and accredited specialist in personal injury law – to shed light on the issue. Bill will give further insight at the conference in March.

What are some of the most common examples of wrongful birth claims you have seen?

Wrongful birth litigation is still developing in Australia but more cases may arise, particularly in circumstances where there is scope for genetic testing.

These tests rarely speak in absolute terms and naturally carry some scope for imprecision, but sometimes this goes beyond the possibility of risk and becomes negligent error.

If the patient can prove that a doctor has been negligent in the testing, they may succeed with a wrongful birth claim.

What are some of the biggest pitfalls for medical professionals in the context of this legislation?

Negligent error in antennal genetic testing is the main focus. But increasingly the law seems likely to focus on a woman’s potential right to be informed of private medical information about a genetic relative, if this presents a risk factor for their own pregnancy.

If you had a sister diagnosed with a particular genetic condition you would probably want that information to be passed on to you to make an informed decision about parenthood.

However these claims are contentious because there is a conflict between the right to privacy for one person and the right to informed health-related decision-making for another. Duty of confidentiality versus duty of care.

This issue can come up in strange circumstances. For example, if a child has a bone marrow condition, doctors may do genetic testing to see which of the parents is a better match for donating bone marrow. On occasion they may discover the father is not a genetic match at all [i.e. he is not the father] which creates a difficult ethical scenario if the mother is a weak match for donating marrow.

To withhold that information may have health consequences for the infant, yet to disclose it may have serious repercussions for the family’s wellbeing.

How could medical professionals sidestep this issue and ensure they are legally compliant on all fronts?

It is all about how medical professionals approach these issues.

In genetic testing, a laboratory could present people with a legal document to sign saying something to the effect of, ‘If we discover this in the testing, do you give us consent to share that information?’.

In the example of the infant with a bone marrow condition, you could say to the mother in a private conversation, “Your child may die if we do not find a good match for donating bone marrow. Who is the child’s real father, because the actual father will be a good match?”

Having said that there is no blueprint for this. Some documents already exist but the wrongful birth legal landscape is by no means locked down.

Are there any complexities with the legislation that we need to know about?

If patients are trying to get compensation to cover the cost of raising a child with a disability, it can be challenging to work out the costs.

For example, it gets complex when you consider how far forward in time the parents can claim for. Whether the costs should cover the entire life expectancy of the child, or until the child turns 18 and potentially becomes financially independent.

Some would argue that the child may never become financially independent if they are disabled, whilst others would say that NDIS effectively takes over and carries much of the cost of the disability in adulthood.

As wrongful birth damages are increasing, so is the diversity of claims – presenting an ever-challenging legal landscape for clinicians to navigate. Although claims have been around for more than twenty years, there are still many questions that have not yet been answered by courts.

Bill Madden who has thirty years’ experience as a civil liability litigator will share his expertise on wrongful birth claims at the Medico Legal Conference – to be held 22-23 March 2021 at the Swissotel Sydney.